The first sentence of my autobiographical essay, Running Standing Up, was “Something about it felt good.” At least I think it is still the first sentence. So many things change in writing a book. Sometimes sentiment changes. But that sentence had been born even before the marathon training, for each time I laced up in my twenties and faced the asphalt for the first time in months, it felt good.

Such is not the case in one’s forties. Everything about it felt terrible.

That December two miler was ok. I think it was windy. Wind can hide a slow pace better than anything. I remember being shocked that during both miles I didn’t feel the need to stop, even though Keith offered quite a few times.

I wonder what happened.

Forty-five, for those of you on the other side, is like a freight train. I feel like a freight train. My career is in Human Resources, so you might think I am tied to a desk all day. But I am not a desk HR person. All day long, I am up and around and out on the shop floor, available and reacting to the various challenges involved in HR, Safety, Recruiting and Benefits. I definitely do not sit at a desk all day. But boy have I gained weight.

Wow. I was 220 the last time I started punching a keyboard chronicling an effort to get into shape. I ran slow then but today I feared someone would stop and try to help me. “Honey, we better stop, that man is in distress.”

My goal was to suffer through 3.1 miles. I’ll pause while those who have tried this before stop laughing…

I thought, even walking, I can finish a 5K. And since I was supposed to run a 5K today I thought it was appropriate to not only express relief that I wouldn’t kill myself in front of spectators but to genuinely gage my strength. (We entered a 5K today but my wife has spent the week with a bad chest cold so we elected not to go, although she probably would have set a new personal best.)

Turning around at what I believe is the half mile mark, I let reality make a good decision. I am in no shape to run or walk a 5K and I better turn now then get stuck with an injury a mile and a half from home. Thank goodness I did. My knee immediately started to ‘click’ and pain shot into my knee cap. Then my dear old flat feet started barking in decibels even Thelma Harper would find too loud. Oh.my.goodness. I learned I had flat feet when I jumped off the log cabin during recess. The log cabin was simply a little structure built with 8×8 beams that had four or five inches in between so you could fit hands and feet. It was fun to climb all around. When recess was over, we all tried to be first in line because first in line at the door meant first in line at the drinking fountain. And if you took too long at the drinking fountain those first in line rarely got yelled at about it.

I hopped off the fourth beam at the log cabin to run to the door and felt the bottoms of my feet tear across the center. They didn’t really, but that is how it felt. Flat feet. One doctor later in my life said I had no business running. But… it is the only way I can keep weight off, or weight down.

Today, a lot of things changed. But one thing about it, the first step is always the hardest, the first mile always the worst. As I sit here, an hour later after two bananas, a shower and some deodorant I feel somewhat better. You might even say, good. 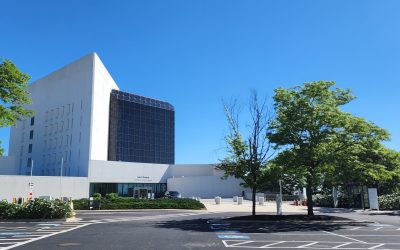 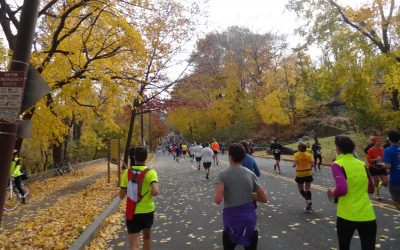 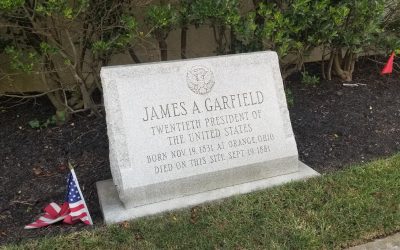 I left the crabs to their chances. As I brushed the sand off my feet, I wondered what else Long Branch might have in store for me. I had about twenty minutes left before the opening of Monmouth. And...