Equal Before (and Under) the Fish

A funny thing happened to me on the way to Independence, Missouri. I stopped by a park I have already checked off my list. But it’s Lincoln, right? And if my timing was right, on one single Saturday in August I might manage visiting historic sites dedicated to four presidents: Lincoln, Grant, Jefferson and Harry Truman.

Four Presidents in one Saturday, as long as I didn’t take too long in the Land of Lincoln.

I slept soundly in the Holiday Inn Express and Suites alongside Interstate 70 just west of Vandalia, Illinois. I suppose I have to sleep soundly after a full day of work on a Friday followed by seven hours of driving. But that is what I do to myself to Chase Presidents. And I was prepared for a full day at dawn’s early light. First, the Lincoln Park across the street from the first statehouse of Illinois and where Lincoln spent his formative years serving his constituents. Then I was planning a short (one and a half hour) drive to St. Louis to visit the Ulysses Grant State Historic Site, his home: White Haven. Then, another short (two hour) drive to Columbia, Missouri where Thomas Jefferson’s original gravestone sets on the campus of the University of Missouri. And I would end up in Independence at the Presidential Library and Museum of Mr. 33, Ol’ Harry S.

That is one of the Ultimate days of Chasing Presidents.

And boy would I start out on the right foot, or, right fish, so to speak.

Lincoln Park is one of those delightful monuments to President Lincoln that popped up all over the country during the decade or so we celebrated the bicentennial of his birth. It is a beautiful, simple, park with seating beside the Representative and a mural overlooking the greenspace. Across the way, a man navigated a leaf blower through the tables and chairs set up outside. I didn’t holler ‘hello!’ not just because he couldn’t hear me, but because I started laughing out loud. I once spent a year traveling the countryside, stopping at Lincoln sites and one thing never failed- when I turned on the video camera someone else turned on a lawnmower, weed whacker or other engine, interrupting a serene ‘shot’ for my film. At first these machines were somewhat irritating. But then, one morning at 4:45 AM, I stood in front of the majestic statute of Lincoln inside his Memorial in Washington, DC. The sun was just coming up, and the light illuminated the columns and made them glow like orbs. I was so taken back I almost forgot to turn on the video camera. But as I did, someone behind me turned on his floor polisher. I had to laugh. I was just not cut out to be Steven Spielberg.

As I laughed about the leaf blower, I walked up to the statue of Lincoln, sitting comfortable on a bench with his foot propped up on the other knee, his stovepipe hat beside him. It is a delightful representation.

But this morning, there was an addition to the statue that caught me off guard. On top of his head, placed ever so deliberately, was a red Swedish Fish. It was unmistakable, as I have consumed gallons of these treats in my lifetime.

Gallons at the least. I reached for the candy- not to eat it but to pull it off his head.

I don’t think it was the pandemic that had me grossed out by a wet piece of candy. I would have probably had the same reaction had we not just served almost twenty-four months in germland. It made me stop nonetheless.

As I stepped back, a man walking slowly up the sidewalk caught my eye. He didn’t look like Lincoln, but for some reason my mind considered something unusual. What if Lincoln were walking up the street at this moment? What if Abraham happened upon his own statue and what if he also saw the fish upon his head?

I smiled. I think Abraham Lincoln would have laughed out loud, and then launched a quip for the ages.

Last Friday, I shared this photo during a presentation with a group of Senior Citizens. I told them the story of me pulling back my grasp and then asked them to consider what Lincoln himself would have done had he found the Fish on top of himself. One lady said, “I think he would have laughed!”

And wouldn’t he come up with something witty, right there on the spot? I am afraid it took me a few months. But alas, I believe he would have invoked one of President Hoover’s forgotten statements- “All men are equal before the fish. Aye, Herbert- All men are equal Under the fish, too.” 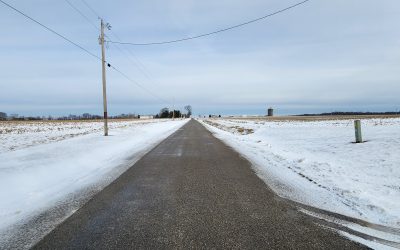 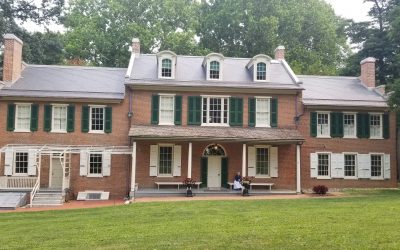